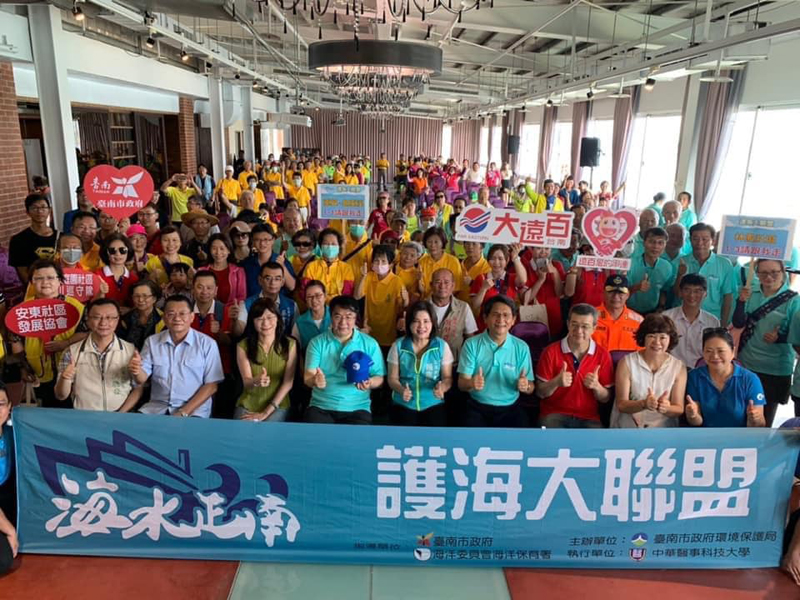 In order to protect the sea, the Environmental Protection Bureau of Tainan Municipal Government held the "World Ocean Day - Sea Protection Alliance" on June 13 in Jiangjun fishing port. Mayor Huang Weizhe personally attended the event to present flags to representatives of environmental protection fleets of seven fishing ports, and embarked on a cruise to witness the achievements of harbor cleaning. A total of 300 people responded together including the Marine Commission, the Marine Conservation Department, Tainan Fishing Association, Tainan Far Eastern Department store and a number of private enterprises.

Xu Junming, manager of Far Eastern Department Store in Tainan, led his colleagues to participate in the harbor cleaning activity early in the morning of the World Ocean Day. They worked together to remove 310 kg of marine waste. In addition to calling on private enterprises, communities and volunteers to join in the activity, 10 divers were also convened to dive into the sea to clean up the garbage at the northern bank of Jiangjun fishing port, and simultaneously carry out the work of port cleaning and sea cleaning. Environmental protection knowledge was also publicized to the public through the DIY activity of hand-painted bags.