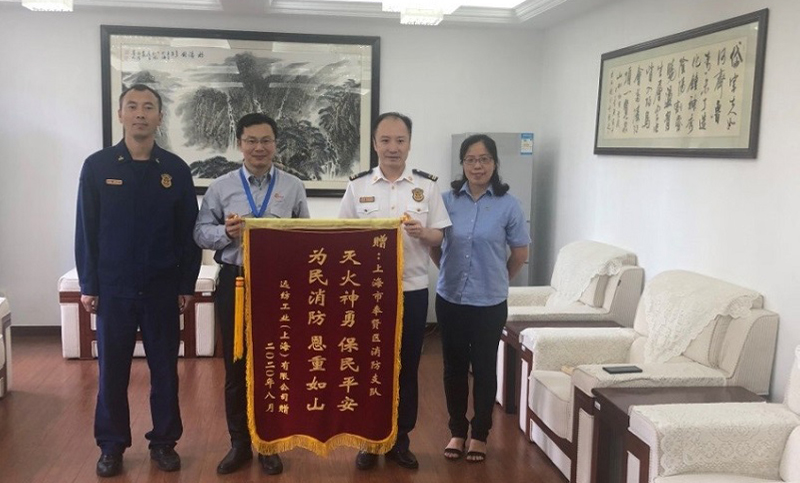 &nbspThe delegation of Yuanfang industry (Shanghai) Co., Ltd. visited Fengxian fire brigade of China on August 3 to pay tribute to the fire officers and soldiers who are training in the hot summer. They also presented a banner of "fighting fire bravely, protecting the safety of the people, fire fighting for the people, and so on". Huang Chengjun, deputy president of Shef group in East China of Far Eastern Group, also discussed with the fire brigade leader the current situation and future improvement of fire protection in the factory of Far Eastern Group in Shanghai.