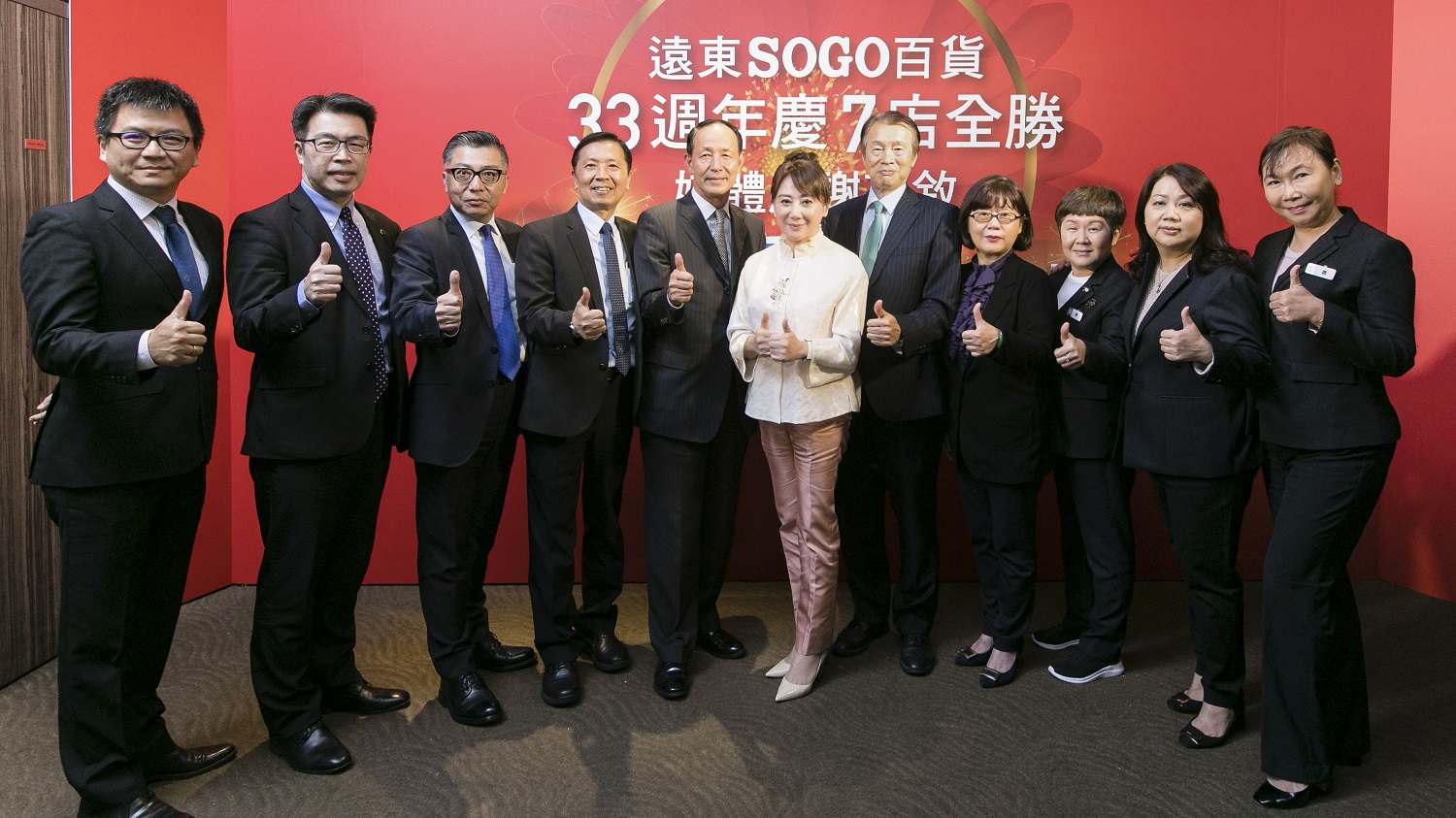 &nbspThe 33rd anniversary of Pacific SOGO Department store was successfully concluded on December 7. The performance of seven stores in Taiwan increased by 6% compared with that of last year, reaching a goal of 11.3 billion yuan. Pacific SOGO Department Store Tianmu store, Chungli store and Hsinchu store have double-digit growth in the performance of this year's anniversary compared with that of last year, leading their counterparts in the regional market. Pacific SOGO Department Store Sophia C.W. Huang chairman is especially grateful for the efforts of the team. In the current era of epidemic situation, the front office and logistics work hand in hand to make outstanding achievements.

This year, the Pacific SOGO Department Store celebrates, and the second place on go prosperous road is Chungli store. Zhongli store is located in Taoyuan area with the highest density of outlets and shopping centers in Taiwan. For the anniversary of this year, Zhongli store has three strategies: store optimization, brand upgrading, and active management of high-end consumers, which make it more different from outlets and shopping centers. With agile action, in just one year, we have introduced 50 popular brands and completed the new modification and adjustment of the core five floors. Therefore, it has won the favor of main customers and more high-quality families in Taoyuan area, and won the first place in Taoyuan City, where National Taiwan University stores are most concentrated.

Taipei (Zhongxiao / Fuxing / Dunhua), which is located in Taipei city with the highest department store density in Taiwan, also has a growth of more than 6% compared with last year. In the highly competitive capital circle, such performance is not bad! This year, with a strong go prosperous road, Tianmu store has also won the first place in Taipei's North District Department store market with a growth rate of 11% and a total performance of 1.1 billion yuan.

In the era of drastic changes in the retail market, Pacific SOGO Department Store adheres to the principle of agile and innovative operation. It not only strengthens the digital marketing strategy and the Omo strategy of online shopping, but also plans the physical stores towards the policy of large-scale, comprehensive and refined, striving for the flexible development of formats and types to meet the needs of consumers!