50% feedback of Far Eastern Department Store is the most cost-effective coupon in Taiwan. 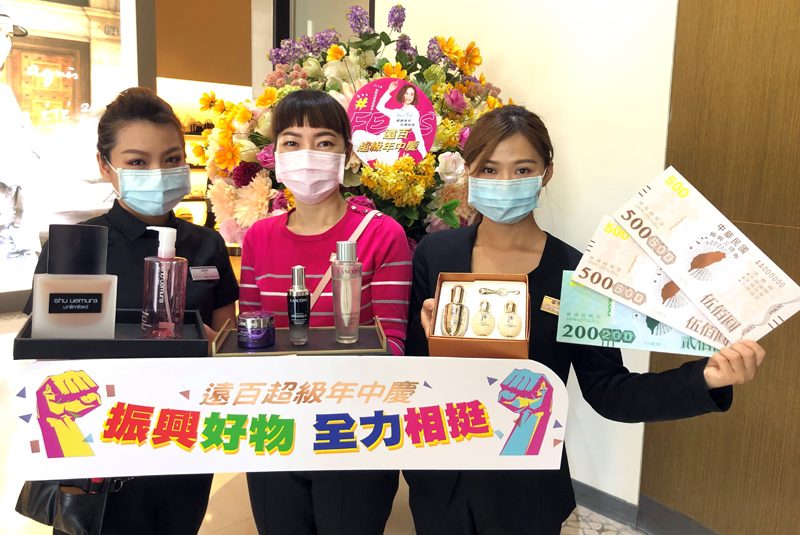 &nbspThe super new year's day of the Far Eastern Department store has been launched to cooperate with the government's promotion of triple coupons. Since July 15, a coupon of 1500 yuan will be given for a single transaction of over 3000 yuan, including one 500 yuan and five 200 yuan. The number of copies in Taiwan is limited to 20000 copies. Up to the end of delivery, the unprecedented 50% feedback will be given to consumers, making consumers feel more comfortable.

In addition, the Far Eastern Department store has launched a number of 5-fold revitalization price products, special gift packs, and revitalization coupons So that consumers can buy 6000 yuan worth of goods with a triple coupon of 1000 yuan, and then get more than 6 times of super sentimental feedback by matching with a thousand to one hundred rewards. Retaliatory purchasing can take advantage of the present!

In the Far Eastern Department store, in addition to the coupon of 1500 yuan for each purchase of 3000 yuan, each store will send out more than 5550 yuan of revitalization coupons.

Except for some special counters, the consumption of clothing on the same day is offset by 1500

Except for some special counters, the single fee of department stores on the same day is offset by 1500