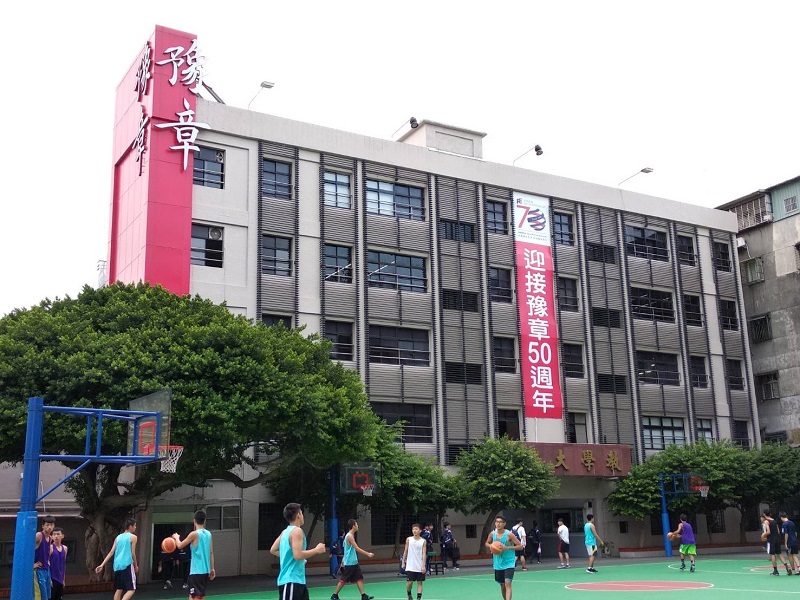 Yu-Chang Technical Commercial Vocational High School celebrates its 50th anniversary this year and is about to enter the next 50 years. Looking back on history, the reorganization of the board of directors in 1979 completed by FEG laid a solid foundation for today's achievements. Looking forward to the future, Yu-Chang will be more active in reform and reconstruction, and will show its brilliance in the new era.

In the summer of 1967, Mr. Zheng Yanqing and Mr. Wen Qi established Yu-Chang Technical Commercial Vocational High School in Shifen Street, Pingsi Township, Taipei County. In August 1970, the enrollment was approved by the Ministry of Education. A year later, an advanced tutoring class at night was established.

At the beginning of its establishment, it was smooth. However, due to its remote location and small population, it was difficult to enroll students. As a result, there was a shortage of funds and it was difficult to support it. At that time, Taiwan's economic transformation happened, and the textile industry of Far Eastern group needed a lot of manpower to provide stable human resources for factories. While the people were not rich, the poor students also needed to work to earn money, so that they could study and learn a skill at the same time. Therefore, the opportunity for cooperation between the two sides was promoted. Mr. Chairman Yu-Ziang Hsu of Far Eastern Textile Company joined the board of directors of Yu Chang in the spirit of cooperation between education and production. The school was moved to Chengtai Road, Wugu Township in September 1980. In addition to cooperation between education and production with Far Eastern Textile Company, staff training courses were also set up. Later, due to the economic takeoff, the number of students gradually reduced, so the school was moved to the present site in Sichuan Road Banqiao district New Taipei in 1986, which also started the 25 year glory of Yu-Chang Technical Commercial Vocational High School.

At present, there are 7 departments in Yu-Chang Technical Commercial Vocational High School: Department of Computer Science, Department of Electrical Engineering, Department of Business Operation, Department of Data Processing, Department of Advertising Design, Department of Catering Management section and Department of Care Delivery (from August 1990 to the present). In the daytime department, business and economics courses are also set up. Adhering to the school motto of "honesty, diligence, simplicity, prudence and innovation", Yu-Chang actively cultivates practical talents who are willing to learn in different fields. During his tenure as the president, Mr. Li Tianshen made great efforts to promote Chinese martial arts, and Yu-Chang won great achievements every year. Yu-Chang was famous for winning all kinds of martial arts awards in the President Cup martial arts competition. The biggest improvement in recent years is the increase in the number of students who continue higher education and gain skill verification, many of which have gone to National Taiwan University, NTPU, National Yunlin University of Science and Technology after graduation, as well as private institutions such as Oriental Institute of Technology. In 2014, during his tenure of acting president, Mr. Liu Gaorong facilitated cooperation between Yu-Chang and National Taipei University of Business in the class for the production. All the 26 students graduated from business economics in the same year entered National Taipei University of Business, and later they worked in the hotel and retail industry of Far Eastern Group. The pass rate of level C skill examination was increased to more than 96%, and the level B skill examination was actively promoted. It is worth mentioning that Yu-Chang students have won the golden hand awards and prizes several times in the National High School Skills Competition. Among them, Wu Xingzhan, a student of Department of Electrical Engineering, won the first prize in the national competition and was awarded the "President Educational Award "and was received and affirmed by the president. Over the years, the graduates work in a wide range of fields, such as politics, agriculture, industry and commerce. They are highly praised by the industry. Outstanding alumni return to school to give lectures, inherit the spirits to students and train students to win awards in national competitions, laying a solid foundation for the school's outstanding reputation again.

With the support of the board of directors, Yu Chang spent nearly 100 million yuan to renovate the school buildings and build various hardware and software equipment in response to the rapid social changes and the trend of sub-replacement fertility, which made a brand-new school and recognized by the neighboring schools and communities. Adhering to the policy of multiple learning, adaptive development, skill based and happy learning, the school have deepened the cooperation with the affiliated enterprises of Far Eastern Group to cultivate talents for enterprises and create the future for students. The design of subjects and curriculum adjustment are designed for the emerging industries of Far Eastern Group, such as Far Eastern department store, Pacific SOGO Department store, A. Mart, City' super, Far Eastern Apparel Co., Ltd., Far Eastern Plaza Hotel, etc. which have established Yu-Chang School of "information and communication, life and technology".

Based on the principle of "small but beautiful", Yu Chang enriches the infrastructure, employs excellent teachers, maintains an elegant and clean campus, actively promotes international education, communicates with Japanese and Korean schools, and cooperates with New Taipei Municipal Education Bureau to promote the International Education project 2.0 "connecting with the world” to enable students to have an international outlook. On the other hand, it actively promotes shill education. It cooperates with neighboring junior high schools to set up skill classes, classes of cooperation between production and education, and employment oriented classes. It has established strategic alliances with technical colleges and universities, shared resources, and introduced the teachers of Oriental Institute of Technology into the curriculum to deepen professional skills from different perspectives, hoping to link the school with industry and cultivate talents, so as to become the best technical and vocational school in New Taipei city.