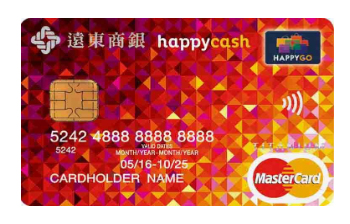 &nbspIn order to support the government's consumption revitalization plan, Far Eastern International Bank specially combines the multi consumption of cross industry food, clothing, housing, transportation, entertainment and entertainment of Far Eastern Group. As long as "Zhenxing triple coupon" is bound with far eastern international bank card and uses happy go pay to accumulate consumption 3 during the period, The maximum number of happy go points is 14 times higher than that of 1000 yuan, and the maximum number of happy go points for new households is up to 30 times. If the happy go points are used in the super value exchange points of the general merchandise anniversary, the feedback benefits can also be progressive.

Far Eastern International Bank said that, in line with the government's "revitalization of triple coupon" scheme, it can log in and bind the Far Eastern International Bank card and swipe the card to accumulate more than 3000 yuan. In addition to assisting card users to apply for government auxiliary fund 2, If you use far eastern international bank card to bind happy go pay to full amount, you will get 10 times more happy go points, that is 300 points. Consumers without Far Eastern International Bank card, as long as they apply for the card through the I application platform and upload complete documents through the Internet, they can use the core card within 2 hours at the earliest. New customers can get a full amount of happy go pay. In addition to giving back 666 yuan for card payment, they will also be given 16 times of happy go points, that is, 500 points. All points can be given back up to 30 times.