Pacific SOGO Department store has been recognized by area for three consecutive years. In 2020, the epidemic broke out, and the service industry was the first to bear the brunt. Pacific SOGO Department store did not lay off workers or reduce wages, so that colleagues could have no worries about the economy, and the benefits were not discounted, so as to create a safe and happy workplace and take care of colleagues and counter partners. Therefore, this year, the project of "building the first safety department store in Taiwan and cultivating and retaining gold medal service talents" was launched, It has become the only enterprise in the department store industry in Taiwan to receive the "human investment Award". At the same time, in response to the epidemic situation, when the first confirmed case in Taiwan appeared, Pacific SOGO Department store immediately started the "epidemic prevention command center" system, formulated more than 20 guidelines and specifications for specific epidemic prevention measures, and started the independent management mechanism. Finally, it won the "health and Health Promotion Award" with the plan of "seeing the external needs of the epidemic and deploying the epidemic prevention safety net in advance". 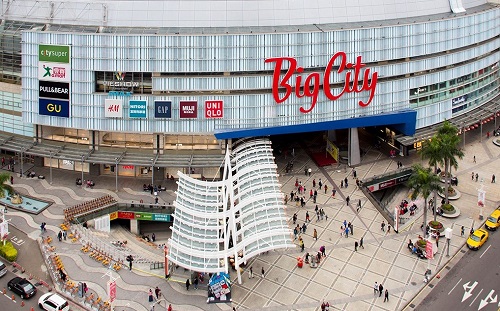 Far eastern big city shopping malls has long been concerned about the age gap of seasonal ischemia and blood donation in Taiwan, the pending elimination of national diseases such as liver cancer and hepatitis, the social trend of aging, and the difficulty in finding comfortable and economic sports space. Therefore, it has extended social public welfare activities to improve community health and people's quality of life, This year, he won the "Health Promotion Award" with "community health big value added - building a good health promotion platform for all ages". On the other hand, far eastern big city shopping malls has also actively integrated into the greater Hsinchu region, promoting the four policies of green operation, green consumption, green transportation and environmental education, laying a solid foundation for enterprises to focus on environmental sustainability. Therefore, it has won the "green leadership award" with the "big city, big green - making a green shopping journey" plan.