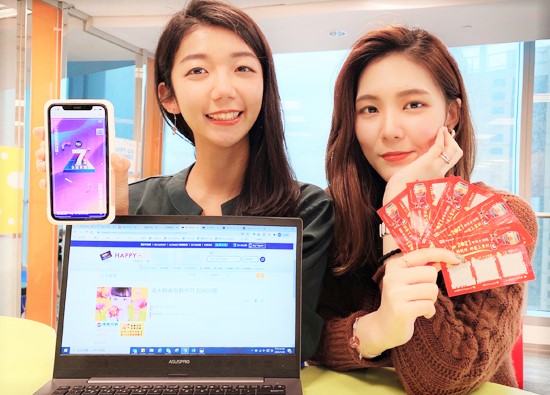 &nbspHappy go will join hands with department stores and mass merchandisers to fight against the point economy. Far Eastern Department store will launch a year-end reward activity in which 100 happy go points can be exchanged for 200 yuan bonus coupons. Pacific SOGO Department store will also launch 200 points to exchange for new year's shopping money, as well as the purchase of lucky bag products to give free money, and enjoy the new "machine" and other concessions The mass merchandiser offered the triple scraping card of "ox" to turn the world around. In addition, during the epidemic prevention period, in order to reduce consumption contact, happy go also announced that using happy go pay to spend in the designated channel can enjoy a single 7-fold gift. From now on to February 10, there will be a 10 times reward for the full amount of single consumption in the Spring Festival, so that card users can spend at ease.

Li Mingcheng, deputy president of happy go's customer business department, said that due to the impact of the epidemic, Chinese people are unable to go abroad, and consumers are buying gas ahead of time. The utilization rate of happy go pay in the fourth quarter of 2020 is 30% higher than that in the same period of 2019. Therefore, happy go, especially at the end of the year, has launched a series of point discounts in combination with mobile payment and the department stores and mass merchandising channels of affiliated enterprise.

People like to try their luck during the new year. From now until February 7, card friends can go to the activity area of a.mart store in the whole province to buy niuzhuan gankun lucky triple scraping card, use happy go pay to buy niuzhuan gankun scraping card, add 100 happy go points, buy more than 5 pieces in a single transaction, and then draw "Panasonic international brand electric oven 9L" table b!