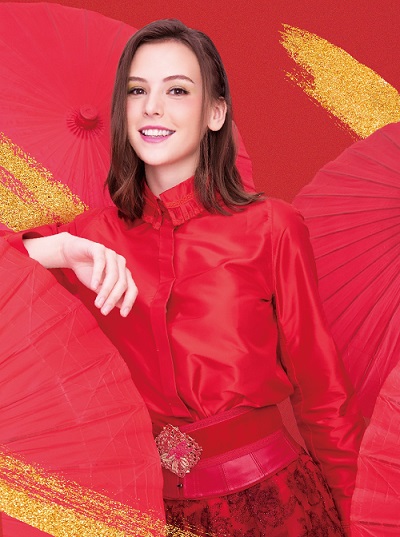 From now on to February 28, we will hold the Mengxi xuehezhan micro exhibition, visit the art and culture space on the 6th floor, take photos, punch in and get small gifts. Henry & dada's Facebook fans have more theme games. Don't miss them!

Banqiao Far Eastern Department Store plays nostalgic style during the Spring Festival holiday. It is the first time to plan "Niu lianwang returns to happy farm" during the Spring Festival. From now on to March 1, it will create a retro nostalgic scene in Venice Square on the ninth floor and introduce a series of farm games, including: milking sheep, milking playground, fishing fun, duck and duck hooping And so on. In addition, from now on to March 3, we will launch the lucky draw. If you spend more than 5000 yuan with your happy go card, you will get the lottery number of group B. you will have the chance to win the 9500 yuan "two day one night accommodation coupon for two executive rooms of Hilton Taipei New board Hotel". By analogy, the more you buy, the higher the chance of winning the lottery!

From now on to March 7, we will launch the activity of "happy election Trojan horse and happy fun winter vacation". From 13:00 to 18:00 every day, you can get a free ride at Sunshine Plaza on the first floor with a single consumption invoice of more than 500 yuan or a donation of 50 yuan. All the donation proceeds will be donated to Hsinchu City For vulnerable families, if they take photos with Mengniu, punch in and leave a message of "good luck in the year of the ox", they will also have the chance to win the second piece of the new year's movie "Jin Bu Yan cheat first round movie ticket". At the same time, the Far Eastern Department Store in Hsinchu also held a "reminiscence of childhood" activity at the activity center on the 7th floor, to recreate the scenes of childhood nostalgia in the 1950s and 1960s.

Create an exclusive "Nordic dream Wonderland" platinum paradise in the central part of the Fashion Plaza on the first floor. In addition to the five fantasy amusement facilities, there are also gifts full of fairy tales and happy atmosphere, new year arch landscaping, and star dot carousel, attracting many consumers to take photos and punch in Together with many brands in the museum, you can enjoy exclusive discount by taking the ticket stub of amusement facilities to cooperate with brand consumption.

From now on to May 2, we will build the "niuzhuan happy city" mobile Park in the outdoor square on the first floor, providing the most popular facilities in the amusement park for children in the department store during the Chinese New Year.

The "Forest Train" is launched on the first floor of the square. The conductor's Experience Camp is a great place for the whole family during the Spring Festival.