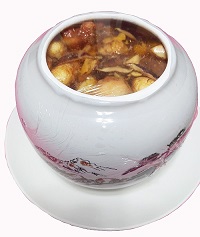 &nbspIn addition to the intriguing palace fighting drama, the most eye-catching thing in the palace drama is the delicious food at the banquet. It has all kinds of colors, flavors and flavors, which makes people salivate. Now let's turn into a modern version of the imperial chef in the palace and make delicious palace cuisine together!

The best Buddha jumps over the wall 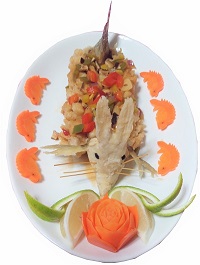 Soak the crisp bamboo shoots in water for about 3 hours (change the water three times in the process, or open a small water flow), and then boil them in water to remove the saltiness.

Soak scallops and mushrooms in water (about 1 hour), wash and set aside.

Cut taro and Pleurotus eryngii into small pieces, cut green onions into sections (5 cm in length), fry them together with mushrooms, garlic and chestnuts until golden yellow.

Dip pigeon eggs and pig feet with a little soy sauce and fry at high temperature until golden yellow.

There are two steaming methods:

(1) Steamer pot: fill the pot with water for 8 minutes. After the water boils, put the Buddha jumping wall urn into the steamer. Steam over high fire for about 100 ~ 120 minutes. During the process, there should be water in the steamer. Do not dry the pot and burn it empty.

(2) Electric cooker: put 1 cup of water in the inner pot. After steaming for the first time, do not lift the cover. Wait about 10 minutes before adding the second cup of water and steaming for the second time. Steaming twice can prevent the electric cooker from burning out. After steaming, remove the fresh-keeping film of the Buddha jumping wall urn to confirm whether the pig's feet are cooked and rotten. If they are not cooked and rotten enough, they can be steamed again.

If the processing of food materials is not clean enough, it is easy to affect the lasting appeal of the soup. Therefore, it is relatively important to clean the fish skin, scald the tendon and sea cucumber, and even marinate the meat in advance with soy sauce, rice wine, white pepper and five spice powder.

Frying taro, meat or ribs crisp is an important step in making Buddha jumping wall. It can not only add aroma to the ingredients, but also make the outer layer of the ingredients solid. It is less easy to break in the boiling process and avoid the soup head being too turbid.

If you want to improve the intensity and taste of soup, it is recommended to boil the soup first, and use the soup instead of boiled water to have a better flavor.

Choose a smaller and digestible cooking urn to carry the Buddha jumping wall. In addition to the luxurious appearance, it can also maintain the internal heat and make the flavor better because of the smaller closing. 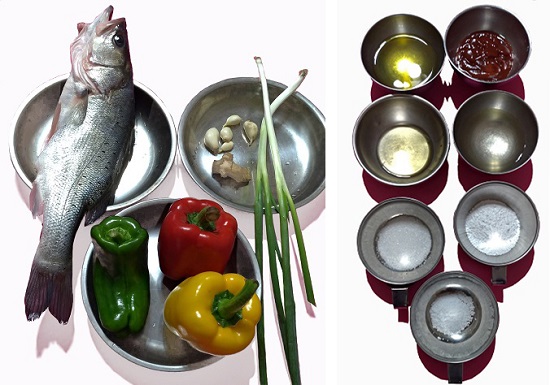 &nbspIt is said that when Gan long went down to the south of the Yangtze River, he came to the pine and crane tower in Suzhou. When he saw a lively carp on the Shentai, he named a cook to cook it for him. The cook was glad to hear that the emperor arrived, and did not dare to neglect it. He not only worked hard on the taste, but also burned the fish into the shape of a squirrel with its head raised and tail raised. Gan long praised it greatly after eating it. Therefore, the "Squirrel Fish" is well-known. Nowadays, Squirrel Fish mostly eat mandarin fish or perch. Its color is sauce red, crisp outside and tender inside. It is sweet and sour and palatable. It has complete color, aroma and taste.

Wash the bass after removing the scales and internal organs.

Soak the mushrooms and remove the stalks. Cut them into small pieces together with scallion and red pepper. Cut the garlic into minced garlic.

Sprinkle 3G salt and 1g pepper on the cut fish pieces to make the fish taste delicious, and coat them with Taibai powder, which should be coated in the slit of the knife.

Start the oil pan, wait until the oil temperature rises to 170 ℃, put in the fish, fry until golden yellow, and adjust the shape of the fish fillets at any time.

When making squirrel bass, the knife method should be consistent, and the fried shape is more beautiful.

When frying fish, First hold the fish tail in one hand (the fish tail will tilt up after frying), and the other hand grasps the front end of the fish flesh on both sides, and the two backs of the fish flesh are combined together (to make it look like a squirrel), first put the middle part into the pot and fry it to shape, so that the pattern of the fish is reversed. You can clamp the fish slices with bamboo chopsticks so that the two pieces of meat are not separated. After all the shapes are set, put the fish tail into the oil pot and fry it until it is golden. When frying the fish head, you should also dip powder and fry it until it is golden.

Green peppers are left in the pot until the end, which can maintain a beautiful bright green.

The dish is decorated with radish spray pieces and three-dimensional roses to increase beauty; In addition to serving as a dish decoration, lemon can also twist some juice and pour it on the fish to make the flavor more layered.