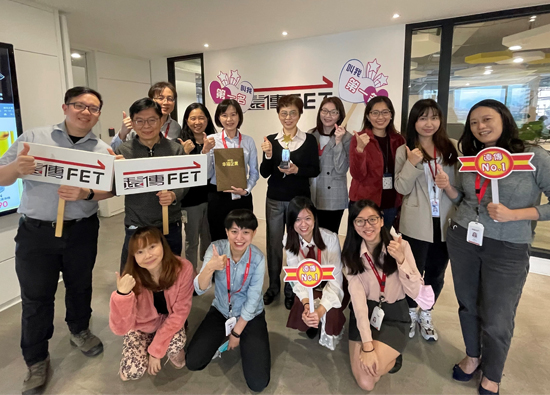 Far Eastern Group attaches importance to the voice of each employee and emphasizes an equal, open and transparent corporate communication culture. For example, far EasTone telecommunications holds a quarterly employee communication conference, which allows each employee to participate through live broadcasting, and opens an online interactive platform, slido, for employees to ask questions freely and be replied directly by the president or senior executives, Establish a real-time interactive communication mode.

In addition, the epidemic situation in Taiwan was severe in the first half of this year. 1111 job bank added a "special award" this year. Far Eastern New Century Corporation under far eastern group gave full play to its expertise in spinning fiber and medical materials, joined the national team of masks, and helped manufacture masks, protective clothing and other medical equipment, which was unanimously recognized by the society; Far EasTone telecommunications sponsored 35000 if cards in the Ministry of education to ensure that children in remote areas and economically disadvantaged areas do not interrupt their study due to the suspension of classes due to the epidemic, and distributed them to all county and municipal education bureaus in Taiwan to coordinate relevant online learning courses. Therefore, it was also awarded a "special award".