Key issues in the second half of 2020: the era of low interest rates comes again 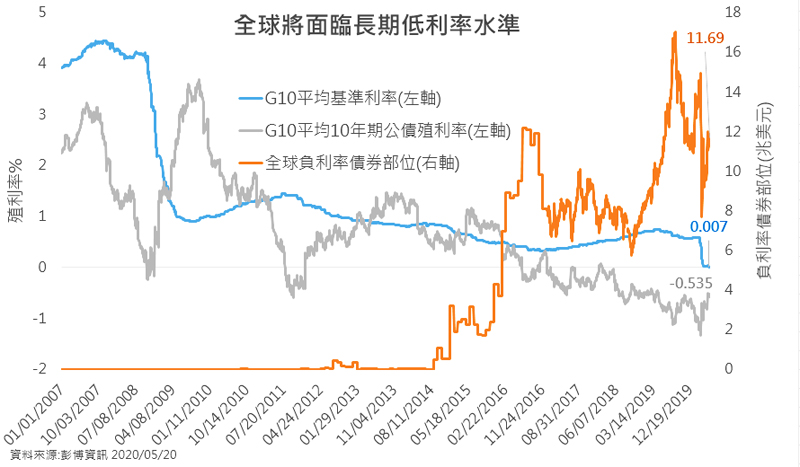 &nbspThe anti globalization wave is the primary reason for the downturn of Global trade in recent years. From the referendum on brexit in 2016 to the trade war between the United States and China started in 2018, the global trade that has been running for many years has been continuously disturbed. However, in early 2020, the epidemic of covid-19 pneumonia has deepened the impact of globalization, and the voice against globalization has been ignited again, which will bring great changes to the future investment market.

In the post epidemic era, the trend of low growth, low inflation and high debt will be difficult to reverse. The macro policy space will also be limited and the effect will be very small, which will further prolong the time when the economy falls into recession and stagnation. The global accumulated huge corporate debt, government debt and individual debt for a long time Debt, which overdrafts the future demand, is a heavy burden for the governments of all countries at present, and it is also a major hidden danger that the global financial market needs to face and remain vigilant for a long time.

In recent years, international confrontation has intensified. These trends are reflected in the brexit referendum, the European nationalist movement, the US China trade war, and the increasing tariffs and other trade barriers. Since trump took office in 2016, the US trade policy has gradually turned into protectionism and other counter globalization tendencies. Many countries have taken protectionist measures, and the border tariffs of the world have even hitherto unknown rise.

Covid-19 pneumonia epidemic has brought greater impact on globalization. Firstly, most countries adopt isolation and blockade measures to deal with the epidemic, which has an immediate negative impact on international trade and global supply chain; secondly, it is expected that after the epidemic, more countries' economic policies will turn to internal development and emphasize the importance of self-control; finally, the globalization strategy of enterprises It will also adjust accordingly, reduce the layout of international supply chain, increase the proportion of self-development and output, and then reduce the dependence on international suppliers. Anti globalization will have an impact on real economic interests such as international trade, global supply chain and foreign investment, and eventually lead to price rise and unemployment rate rise, which will undoubtedly aggravate the global economy with weak growth momentum.

After covid-19 coronavirus spread to the United States, the federal reserve system quickly responded by reducing the benchmark interest rate twice (a total of 6 yards). Since then, the US benchmark interest rate has returned to the zero interest rate (0% - 0.25%) of the 2008 financial crisis. In addition to interest rate cuts, the Federal Reserve System In addition, a series of unconventional policy tools including QE were restarted to ease the pressure on US dollar liquidity. Compared with the United States, Japan and the euro zone had been in a negative interest rate environment for a long time before the epidemic. The Central Bank of Japan announced that it would increase the purchase of commercial paper and corporate bonds, double the annual stock ETF purchase target, purchase unlimited bonds, and increase the purchase ceiling of commercial paper and corporate bonds In addition to mature countries, many central banks of emerging countries have also taken measures to cut interest rates substantially. At present, interest rates in emerging countries have reached a record low. The world's major economies have entered an era of low interest rates at the same time.

Europe and Japan have long been mired in the mire of negative interest rates. Under the double pressure of the epidemic situation and oil prices, the pressure of economic recession and unemployment has risen sharply, which makes the United States finally propose the radical policy of zero interest rate. In the medium and long term, low interest rates usually correspond to low inflation and low growth, while negative interest rates mean long-term stagnation and deflation. In the long-term low interest rate environment, the government, enterprises and people have been borrowing heavily, and have a very heavy debt burden. In order to cope with the strong impact of this round of epidemic, the global debt scale has increased sharply in a short period of time, which will form a huge pressure on the national finance, and then impact on the national sovereign credit, resulting in limited space for enterprise investment expansion, and also burying instability in the global financial market Among them, developing countries with poor financial health and insufficient capacity for epidemic prevention will be more severely affected.

According to the specific data, in 2019 alone, the global debt growth of all sectors will exceed US $10 trillion, pushing up the total global debt to US $255 trillion, accounting for more than 322% of global GDP, 40% higher than when the financial crisis broke out in 2008. The foreign currency debt of emerging markets as a whole is about US $5.3 trillion, accounting for 20% of the total debt of emerging markets (excluding China) except the financial sector. Heavy dependence on foreign debt means huge liquidity risk and solvency risk. When the world encounters a common crisis and the risk preference fluctuates greatly, it will suffer greater impact.

In response to this round of epidemic crisis, the global debt burden will be further aggravated in 2020. In March alone, the total global government bond issuance soared to a historical record of US $2.15 trillion, more than double the average of US $0.9 trillion in 2017-19. According to a report released recently by IMF, the level of global government debt / GDP will increase from 83.3% last year to 96.4% and that of developed economies will rise from 105.2% to 122.4%. The huge debt accumulated by governments around the world in response to the epidemic situation may become a huge risk after the epidemic.

What is the impact of global long-term low interest rate environment on the stock bond exchange market?

Under the environment of low interest rate in the United States, Europe and Japan, there are some rules in the change of bond yield and term spread

3. Term spread: the term spread between the long-term and the short-term will expand first and then narrow.

4. Yield curve shape: the yield curve will gradually move down in the low interest rate environment, and finally tend to be flat.

From the perspective of interest rate parity, long-term low interest rates in mature economies mean that the relative value of emerging market assets is rising, and the currencies of mature economies are facing devaluation pressure. From the fundamental point of view, behind the implementation of low interest rates is the weakness of economic fundamentals, which also corresponds to the depreciation of the exchange rate. However, the change of exchange rate trend should be ahead of the change of policy interest rate. The exchange rate is the relative price fluctuation of two currencies. From a macro perspective, the US economy is more flexible, and its monetary policy is more flexible. Its economic fundamentals are better than those of other mature and emerging countries. The US dollar has the role of reserve and risk aversion. In the post epidemic period, the trend of the US dollar may still be better than the overall new one Money.