Return to the stage after forty years later 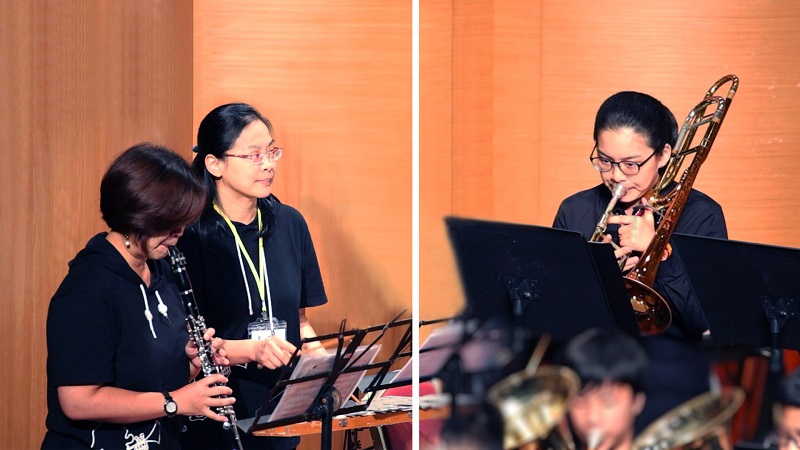 &nbspJuly 4 is the day of the annual public welfare charity and achievement presentation meeting held by the Wind Music Association of girls' school. This is not the first time that they have held the achievement presentation meeting. However, it is of special significance to us. This is because I once again stood on the stage of the concert hall after 40 years' separation, and my colleagues from the group performed on the same stage to compose an eternal movement.

In 1970, I entered Jinhua girls' middle school. Thanks to my height of 168 cm, I had no musical foundation. I was elected to the wind music class and became a member of the musical instrument team in charge of the bell instrument. At that time, bean sprouts were unknown. From the national anthem and flag raising song to the plum blossom playing on the March, China must be strong ... and so on, all rely on memory, recite every sound, every key, spend every morning, evening flag flying music responsibility.

At that time, the most terrible thing was that I had to play Rossini's opera "Barber of Seville" when I participated in the competition in Taipei city. Facing marimba, I was not only depressed, but also depressed. In the end, he could only continue to play hard back, but he did not expect to advance to the national competition.

After her daughter Yi Yun entered junior high school, she chose to join the wind music club. Because of her suitable mouth shape and high height, she was assigned to play the trombone on the brass pipe. She had no music training since she was a child. After a few weeks, she carried her school trombone home and practiced on her own. When she heard the sound of "smashing ashes and smashing ashes", she was really sweating for her. She didn't know how she would spend the next series of performances. I can't believe that in the first publication meeting nine months later, we were very moved, especially the song "the Witch and the saint" for the competition.

Novel coronavirus pneumonia successfully passed the national competition in Jinhua, but the new regiment pneumonia epidemic situation was very difficult. The training process was rather rough, not only the cold training was cancelled, but also the national competition was cancelled. Fortunately, with the slowing down of the epidemic situation, the results publication meeting was held as scheduled, but it was held a week before the Duan examination, which led to the cancellation of the training. No matter how powerful a performer is, he can't be handsome enough to accept the fact that the training has been cancelled before the stage. However, at the end of the performance, the 300 distinguished guests and parents enjoyed the present happily and felt the children's progress again and again.

The great surprise of the presentation meeting was that the mothers of three 107 grade students, who were also the "University sisters" of the early wind band and drum band of Jinhua girls' middle school, picked up the trombone, Clarinet and small iron harp again, joined the children's practice and played the "the magnificent seven Dragon". Besides me, there is also a colleague of Far Eastern Group, Mr. Zhuang Yijun, head of the employment section of Yu Chang technical commercial vocational high school. It's really an interesting fate.

Once again, he picked up the score and mallet and stood on the position of hitting. He was really in a state of unspeakable panic. I'm afraid of wrong typing and embarrassment. After all, I've lost my eyes and I can't even read the music. However, no matter what the children participated in any competition in the past, we encouraged her to stand on the stage and perform bravely. She could not shrink back when it was her turn. She had to practice as hard as she could. She took a picture of the 32 key iron piano, printed it in its original size, and then used two ball pens as hammers. After practicing, she almost recited the music score and kept the melody in her head all day long. Even she did not stop practicing MRT.

Standing on the stage of the Performing Arts Hall of Luzhou Gong society, I was very excited when I thought of the 40 years of time and space, and I was glad that I didn't shrink back. On the second floor of the auditorium, Yun's father recorded this moment through his photographic equipment. His family also applauded us. After 40 years of mother and daughter sharing the same stage and being accompanied by colleagues with rare fate, we can always remember the beautiful memories.