During the early 80’s, the Far Eastern Group had already set up its textile business in Banqiao area, yet with no large hospital to service local residents and staff, my late father, also the Founder of the Group, Mr. Y. Z. Hsu had an idea about establishing a hospital, thus initiated the construction of Far Eastern Memorial Hospital. After 40 years of progress, we have continuously introduced talents, added equipments, expanded the campus, and elevated our competitiveness in order to achieve today’s scale. 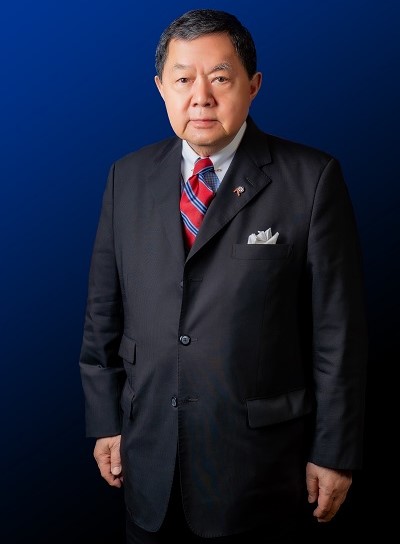 Along the way, we truly appreciate all the efforts by the Hospital’s past Presidents and staff who help promote the transformation and growth of Far Eastern Memorial Hospital (FEMH): FEMH started collaborations with National Taiwan University Hospital in 1999.  Under the leadership of Professor Chu Shu-hsun, FEMH was not only upgraded from a district hospital to a Medical Center, but also accomplished internationally-acclaimed success in medical treatment cases.  In 2015, with the succession of Dr. Lin Fang-yue as the new President, in addition to cultivating new talents, he further extended the health care services overseas by assisting other nations to improve their health care quality.  With the COVID-19 outbreak in 2020, he led the team to fight against the pandemic, established the successful approach, “Far Eastern Mode,” which won wide recognitions.  The new President Dr. Chiu Kuan-ming, who recently resumed his post in August 2021, is an excellent leader to assist the former President Lin Fang-yue in overcoming the nosocomial infection crisis into a brilliant pivot point by leading and supervising the various precaution measures, and introducing the public and media the Hospital’s outstanding contributions in epidemic treatment and prevention to greatly improve FEMH’s social impact.

Confucius stated that “At forty, I suffered no perplexities.”  As Far Eastern Memorial Hospital marching into its 40th anniversary, it has become more developed and has defined its future development and expansion roadmap.  Aside from continuously advancing medical technologies, with the application of advanced 5G remote medical care in AI and Big Data analytics, FEMH aims to become the smart hospital and medical center equipped with state-of-the-art medical technologies.  Furthermore, Yuan Ze University will establish Medical Graduate School to recruit and cultivate more medical talents and innovate the development of medical research and clinical treatment technique.  Meanwhile, the Medical School Development and Management Committee is established to prepare for Taoyuan Far Eastern Memorial Hospital, develop clinic and health examination services, and construct top-edge smart medical systems.

Hospital is a non-profit institution based on corporate social responsibilities.  Operational-wise, we must bear the mindset of ESG (Environment, Social, Governance) so as to become the landmark of the industry.

We hope that under the leadership of the new President Chiu, following our Founder’s founding spirit “Sincerity, Diligence, Thrift, Prudence, and Innovation,” serves as a good citizen with our medical mission, FEMH will further expand the outstanding result during the past forty years, open a new chapter in the changing environment, to be the people’s first choice of Medical Center.  The Far Eastern Medical System continues to blossom in the next 40 years.