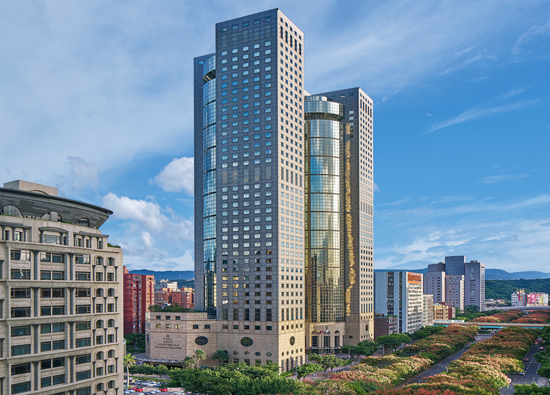 &nbspFar Eastern Plaza Hotel, Taipei won international awards again! The world-renowned business traveler Asia Pacific was recently awarded the world's outstanding hotels, airlines, airports and other tourism institutions. Far Eastern Plaza Hotel and Taipei were awarded the "best business hotel in Taipei" for five consecutive years. Randy zupanski, regional president, was deeply honored and said: "Far Eastern Plaza Hotel, Taipei has always been committed to improving hotel facilities and high-quality services, so that every guest can experience the hospitality of Shangri La. Especially this year is a challenging year, we can once again win international recognition, which is of great significance to all employees. This honor belongs to every member of the team!" In addition, Shangri La Hotel Group, which is widely trusted by business people, was selected as the "best business hotel brand in Asia" for 20 consecutive years on the occasion of celebrating its 50th anniversary in 2021.

The business traveller Asia Pacific competition was conducted by business traveller Asia Pacific from July to September 2021. More than 30000 tourists who often travel in Asia provided valuable opinions with their views, which also paid special attention to the results of the competition. Far Eastern Plaza Hotel, Taipei has won awards for five consecutive years, which not only affirms the hotel, but also makes Taiwan's top hotels occupy a place in Asia!

In order to let more guests have a profound accommodation experience, Far Eastern Plaza Hotel and Taipei launched the "urban luxury travel 1 + 1" housing project for a limited time. From now to December 29, stay in Far Eastern Plaza Hotel, Taipei super luxury room or above, and enjoy the super value discount of "one night plus one night and one night free"! Far Eastern Plaza Hotel, Taipei, each room has a large landscape window to enjoy the beautiful scenery of the city. Guests can use well-equipped leisure and fitness facilities and swim in the outdoor landscape constant temperature swimming pool on the top floor of Taipei, which is the highest in Taipei. The magnificent scenery of Taipei 101 and the mountains around Taipei day and night can be accommodated in the eye. Whether on business or on vacation, they can enjoy five-star luxury! For reservation, please contact (02) 2376-3266.