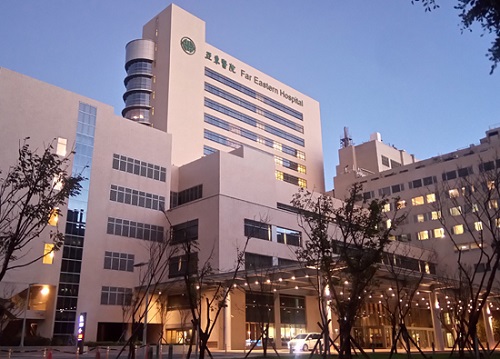 &nbspWhen new Taipei citizens have no local medical resources, it calls on first-class talents and introduces advanced equipment to provide warm and solid protection for the people; When COVID-19 was burned in Taiwan, it was admitted to 11% critically ill patients in the whole Taiwan area. When the digital wave strikes, it actively transforms and cooperates with communication manufacturers to build an epoch-making intelligent medical system... It has stepped on the pace of agility, pragmatism and innovation. In the past 40 years, it has accompanied this land through tests again and again, and set a model of "Oriental Petrochemical (Taiwan) model" in Taiwan's medical history. It is the anti epidemic General of Taiwan, the public welfare pioneer of Far Eastern Group and the only medical center in New Taipei City - Far Eastern Memorial Hospital.

Far Eastern Memorial Hospital was founded by Mr. Yu Xiang Hsu, the founder, in the spirit of "taking the society and using the society", hoping to solve the plight of people in New Taipei who need to go to Taipei for medical treatment. Since its establishment in 1981, it has made great efforts to develop. In 1999, it cooperated with National Taiwan University in construction and education, actively introduced outstanding talents, and strived towards the goal of "medical center" with the purpose of "continuously improving medical quality"; In December 2001, the first phase of expansion was completed and advanced medical equipment was introduced to become a modern hospital with international standards; In 2006, he first applied for the evaluation of the Ministry of health and welfare, that is, he was upgraded to a medical center; In 2009, with the support of the foundation, the second phase of school district expansion was carried out to move towards a world-class medical center. The new building was completed in 2015, the hospital area doubled, the number of outpatient services exceeded 1.3 million every year, and the volume of emergency services ranked fourth in China, which was deeply affirmed by the people.

In 2020, the novel coronavirus pneumonia epidemic raged around the world. Far Eastern Memorial Hospital set up an inter departmental COVID-19 strain team since March, responsible for resource checking and personnel. In September, 16 intensive care units with one person and one room were prepared, and two exhaust fans were added to each ward. The air flow detection was used to confirm that the exhaust direction was correct and the environment reached micro negative pressure. In May 2021, the local epidemic broke out. Oriental Petrochemical (Taiwan), the only medical center in New Taipei, was in the epidemic storm center. The hospital quickly started a large number of high-risk infectious diseases treatment operations, planned the moving line of intensive care ward, counted the backup beds and support manpower, and dispatched instruments and equipment. The group's joint mining center also provided a lot of assistance. In terms of personnel cooperation, it broke the barriers of the original departments and categories. In addition to recalling 15 attending doctors in the intensive care unit and investing 15 residents in the internal medicine department and surgery department, it also counted 43 specialists with critical care qualifications and 56 deputy chief nurses and nurses who were originally affiliated to other units in the hospital but had intensive care unit training experience, In addition, 26 specialist nurses and 20 suction therapists have enriched the anti epidemic lineup in the special area. By the end of May, the total number of beds in the intensive care unit has rapidly increased to 58. In addition to taking care of patients diagnosed in the hospital, Far Eastern Memorial Hospital also quickly opened 299 isolation wards in New Taipei within 80 hours from May 24 to 27, when the epidemic was the most severe in New Taipei City, and undertook the two largest centralized quarantine centers (Banqiao and Sanzhong) in New Taipei City, taking care of 842 people before and after; By mid June, Far Eastern Memorial Hospital had treated 1014 confirmed cases in two centralized quarantine stations, accounting for about one fifth of the confirmed cases in New Taipei City and one tenth of Taiwan. It has become the hospital with the largest number of severe patients in Taiwan, which has been highly praised by all sectors of society and the government, It also fully demonstrates the key role of Far Eastern Memorial Hospital in Taiwan's medical system.

Novel coronavirus pneumonia is a good habit for screening, vaccine and wearing masks. Far Eastern Memorial Hospital encouraged the staff to fight new crown pneumonia vaccine before the outbreak of the local epidemic. At that time, the rate of drug abuse was 50% in the hospital and 95% in mid June. In terms of out of hospital services, it actively assisted the government in community epidemic prevention. Through the 5g community epidemic prevention tour vehicle cooperating with far EasTone telecommunications, it moved deep into the rural community of New Taipei and immediately reported and uploaded data. At the same time, it also established a quick screening and quick attack force to quickly complete the tasks entrusted by the government and enterprises with the advantages of information and process, It has set a record of screening 3627 people a day in the market of New Taipei City fruit and Vegetable Marketing Co., Ltd., and nucleic acid detection once accounted for one eighth of the national notification. Not only that, Far Eastern Memorial Hospital also took the lead in providing new Taipei elders with home vaccination services and operating community vaccination stations. As of mid August, 210000 doses of vaccine had been administered, accounting for one third of New Taipei vaccine. Mayor Ke Wenzhe of Taipei and mayor Hou Youyi of New Taipei both publicly thanked the hospital for their contribution to epidemic prevention.

In this war, Far Eastern Memorial Hospital not only set many records, but also took care of 11% of the severe patients in Taiwan. Deputy leader Luo Yijun of the command center praised "please take my knee", mainly because of the authorization of president Fang Yue Lin, the willpower and executive power of vice president Qiu Guanming, and the unity and efforts of all colleagues, To polish the sign of Far Eastern Memorial Hospital. 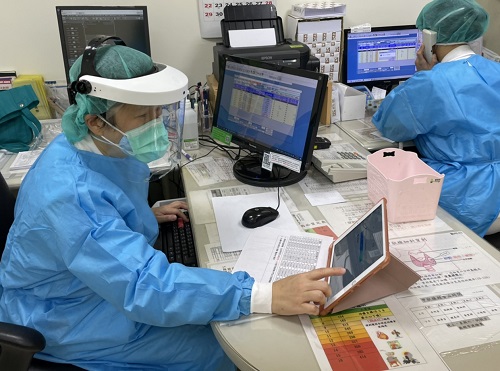 The test of the epidemic era is not only the energy of hospitals to receive patients, but also the relationship between doctors and patients. Under the premise that the people dare not go out, how to maintain the trust of doctors and patients and provide the medical services required by the people has become an important topic in our hospital; Fortunately, Far Eastern Memorial Hospital and far EasTone telecommunications have begun to pilot remote medical services in remote villages and outlying islands in 2020. They have considerable experience in the security of relevant medical treatment processes and information exchange. Therefore, after the government relaxed the regulations in May this year, they launched virtual and real integrated remote medical services in combination with real clinics and virtual clinics, The simple operation process and high-level information security deployment provided by app have won the unanimous recognition of doctors and the public since the launch of telemedicine. The input department has increased from the initial 20 departments and 86 consultations per week to 27 departments and 250 consultations per week in just one month. It has served more than 8800 patients in 10 weeks. The user population has also started from the elderly over 65 years old and young adults aged 30 ~ 40 years, After the epidemic slowed down, the ethnic groups over the age of 65 still continued to use it, which proves that telemedicine has become a trend in an aging society. 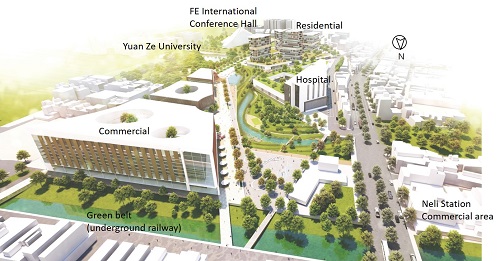 In addition, the Oriental Petrochemical (Taiwan) AI Artificial Intelligence Center also cooperates with manufacturers to develop "epidemic prevention robots" to replace nurses' ward rounds, transmit patient images and detect physiological signs. It will not only become a tool to take care of confirmed patients and protect the safety of colleagues during the epidemic, but also further develop virtual reality glasses to provide remote consultation and other services in the future.

With the more and more extensive use of digital technology, the care mode of chronic diseases and home will also change. Far Eastern Memorial Hospital will continue to cooperate with far EasTone telecommunications and information manufacturers to provide patients with the most advanced and safe care.

Cross border cooperation to expand the scope of care

Looking back on the growth footprint of Far Eastern Memorial Hospital, despite the impact of the epidemic, under the favorable guidance of the trend, great progress has been made in both medical technology and intelligent medical treatment. In the future, it will continue to integrate and cooperate, and give full play to its professional value with an agile and pragmatic attitude and based on the needs of the people. 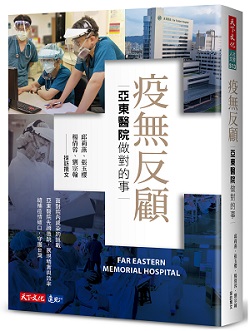 &nbspMedical research and medical technology development are the basis for improving competitiveness. With the support of the foundation, Far Eastern Memorial Hospital is planning a medical research and teaching building, promoting characteristic medical treatment, clinical and basic research, and continuously developing cell therapy; On the other hand, it has also actively invested in precision medicine and disease risk prediction, joined hands with the biotechnology industry to build the application of health big data and AI Artificial Intelligence, and cooperated and exchanged with well-known academic research institutions at home and abroad to drive the development of the medical industry. At the same time, the hospital has also accelerated the introduction of information technology and telemedicine applications. The 5g community patrol car cooperated with far EasTone telecommunications has been successfully demonstrated. In the future, patient consultation, group health education and even international medical applications will be added on the far EasTone telecommunications remote platform, or combined with the smart wearable devices developed by the group, Introduce a new care model, expand the scope of medical care and create new medical value.

In addition, talent cultivation has always been the focus of the organizational development of Far Eastern Memorial Hospital. The medical college cooperated with Yuan Ze University will cultivate more medical talents in the future, promote the growth of teaching and learning, give full play to the comprehensive effect of the team, and stabilize the important cornerstone of medical research and clinical development of the college through the inheritance of clinical practice experience and strategic retention, At the same time, colleagues are encouraged to study abroad and study the latest medical technology and science and technology, so as to make the medical quality in line with the world.

In addition to improving medical technology, optimizing customer experience and teaching research for sustainable development, Far Eastern Memorial Hospital also extends its service tentacles outward, vertically integrates medical and long-term care systems to provide interdisciplinary and cross team holistic medical care in response to the aging society; At present, Taoyuan Far Eastern Memorial Hospital has been approved by the medical examination committee of the Ministry of health and welfare and is expected to start operation in 2027. In the future, it can develop intelligent medical system and health management platform in combination with the information and communication technology of adjacent Yuan Ze University and Far Eastern Group Science and technology park, It has become a demonstration field for smart medical care application in China.

Since its establishment 40 years ago, Far Eastern Memorial Hospital has made continuous progress in medical technology and care services. With the goal of sustainable operation, it has practiced the social public welfare responsibilities entrusted by the founder and the foundation. In the future, it will uphold the spirit of "honesty, diligence, simplicity, prudence and innovation", protect people's health and well-being and assume greater medical responsibilities for the country and society, Everbright Far Eastern Group's contribution to the social welfare group.

What Far Eastern Memorial Hospital did right (published in September 2021)