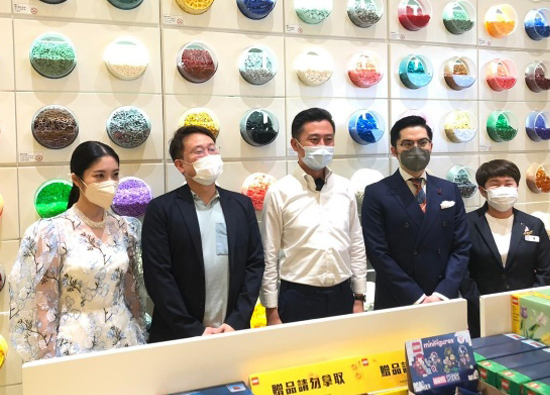 &nbspLego, the third room in Taiwan ® Lego ® The authorized store was grandly opened in Hsinchu store of Pacific SOGO Department Store on October 6. It is the best place for children to gather special facilities such as AR interactive box, experience game area and engraving machine service. Mayor Lin Zhijian of Hsinchu City also specially came to SOGO of Hsinchu to invite citizens to create their own mini LEGO separation, and hope that Hsinchu will become a happy parent-child city.

In addition, Hsinchu store also held a 10th birthday party on October 17. 10-year-old children of the same age as Hsinchu store and their families were specially invited to participate in the activities. They not only staged a magic balloon show, but also painted stone DIY to make children laugh.