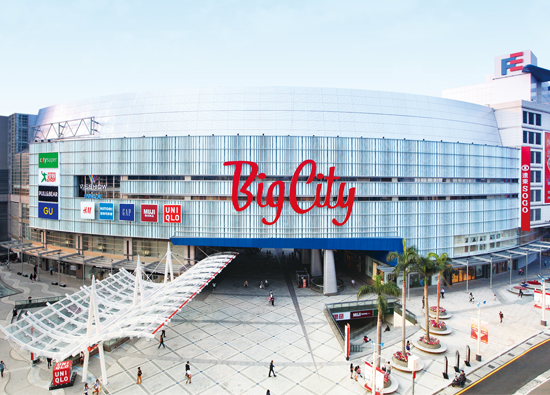 In the digital age, community management and brand marketing are inseparable. When "community" gradually occupies people's life, it also builds a communication bridge between brands and consumers. Big city far eastern big city shopping malls has entered its tenth year this year. I still remember that in the first half of the year before the opening, Li Jingfang chairman broke the tradition, abandoned the official website, dug corners from the game orange to gain insight into the small editing of mobile phone interface and young ethnic group scripts, fully invested in community operation and matched with commodity design of all ages. Now he has nearly 680000 fans, and the whole station has accumulated 2.65 million punch in times, Second only to the sum of the first and second air terminals of Guomen Taoyuan airport, according to the analysis results of the social data platform "fanpage karma", The advertising value of Far Eastern big city shopping malls FB is as high as 2.8 million euros (NT $95 million). The Far Eastern big city shopping malls digital team not only pays attention to various algorithms adjusted by Facebook at any time, but also summarizes the key to success through years of successful experience.

1. Keep mysterious and have unique personality

According to the "Internet thermometer" survey, more than 80% of the people in the community believe in the word-of-mouth recommendation of relatives and friends or the use feeling of opinion leaders; The Far Eastern big city shopping malls digital group set the pink editor as a "young mature girl who collects intellectual and perceptual personality, grasps popular information and any new things, and speaks in Hakka and Minnan styles from time to time". When publishing graphic messages, it insisted on not appearing, and succeeded in making fans have the same "sense of identity" of interest and preference for the editor The "sense of no distance" of local feelings and the "freshness" of curiosity about Xiaobian.

2. When I lose the ball, you catch the ball and turn passivity into interaction

Fans attach great importance to the exclusive new cabinets and topic commodities introduced after the refitting of Far Eastern big city shopping malls. Local messages are also easy to cause fans to express their opinions and mark friends for discussion; Therefore, actively publishing topic activities instead of one-way passive information notification will help fans interact independently, maintain heat, and then improve adhesion. For example, on the first day of big city's anniversary celebration in 2020, the performance reached 430 million yuan. The fan page of Far Eastern big city shopping malls FB issued a document "this is the real strength of Hsinchu villagers", attributing the credit and topics to the fans. In less than 2 hours, nearly 400000 people were touched, more than 11000 were praised, and 1600 messages were full of fans who proudly expressed their contributions to the anniversary celebration, The interaction and co companion effect is excellent.

3. A short text should never be long. Only those who understand it in seconds will be popular

Different from e-commerce advertising, the business community does not need to introduce the commodity specifications in too detail to avoid too many demands, models and focus. The best effect is to match the commodity photos taken on site with the copy that can be read in 5 seconds. For example, in mid September, Taiwan's first "I'm not a fat tiger" flash mob store appeared at Far Eastern big city shopping malls. Xiaobian took a giant 3D three-dimensional picture of a fat tiger doll on the spot, and posted a document under the title of "fat and angry". The picture and text matched the visual sense, won nearly 3700 likes, more than 1500 messages, and touched more than 300000 people.

4. The most effective suggestions can only be obtained through warm dialogue

Unlike AI smart editing, far eastern big city shopping malls pays more attention to real and warm dialogue with fans. The digital group will establish the most immediate contact mechanism between the social platform and various departments and units. When fans wish to knock on a bowl of brands or commodities, the digital group will immediately provide business units with analysis and discussion; When fans put forward suggestions, they also immediately notify the logistics unit to improve and immediately feed back the disposal status, so that fans feel that their voices are listened to and valued, and are willing to leave messages and share frequently. Macroscopically, from the standpoint of fans, fans who can obtain commodity information and interest and new knowledge at the same time are really valuable. 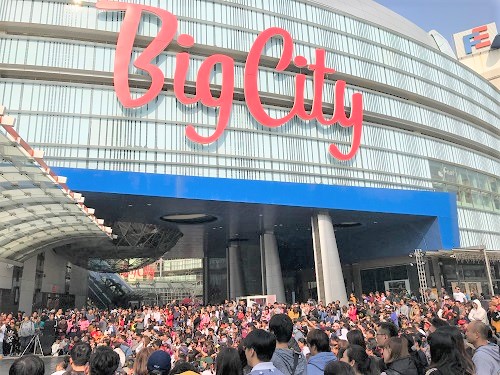 There are many kinds of social media, which are constantly updated, and different ethnic groups also have different preferences. After analyzing the characteristics, operation methods and audiences of different types of social media, the digital team of Far Eastern big city shopping malls observed the use effects of different channels, Clearly position the main social operation (Facebook) and master the auxiliary social media (instagram, YouTube) to operate for different customer groups. Taking the shortened film of big city Christmas tree shot in 2017 as an example, it was put on YouTube for three days, which attracted 300000 people to watch, and then connected to FB fan college, which reached about 500000 people through a large number of forwarding by fans; moreover, in 2018, it was combined with the anniversary preheating film of 10 high school hot dance clubs in Hsinchu City and far eastern big in 2019 The online teaching film of the city shopping malls app and the special food search and broadcast in 2020 all set a record of more than 150000 people watching on the day of its premiere. In 2021, far eastern big city shopping malls made a 10-year thank-you film, and set a record of more than 500000 people watching and reaching more than 800000 people.

Retail sales are a trend which cannot be halted by digital technology transformation. In recent two years, COVID-19 COVID-19 has been attacking global enterprises. Li Jingfang's chairman led Far Eastern big city shopping malls to advance the layout. He believed that "perfect digital marketing tools, combined with the boundless and powerful community asset base, are a powerful tool for successful operation. No matter how large the community operation flow is, it must be realized before it has value." From "digital retail 1.0", which initially led the industry's operating community, through the ultra-high interaction of FB powder, the iron powder army became a member of Far Eastern big city shopping malls app, realized fans through innovative interactive shopping guide mode, turned online traffic into offline transaction volume, evolved from o2o to Omo, integrating virtual reality and taking a big step forward. The second stage is to develop the official app and enter "digital retail 2.0", which provides consumers with functions such as one click checkout service, consumption record query, gift certificate exchange, parking service, food delivery and mobile ordering, so as to bring customers excellent convenience and practicability. More importantly, establish the basis of consumption data model, label members in groups, actively communicate, connect information, analyze customer groups, calculate consumption trajectory, and carry out accurate marketing services, so as to give full play to the speed of digital technology and the temperature of physical activities.