Far eastern New Century Corporation has long been committed to the balanced development of E (environment), s (Society) and G (Governance) in the sustainable field, paying attention to the opinions of various stakeholders and actively communicating and negotiating. With a complete and sustainable governance structure and a high standard management system, we can continuously maintain our competitive advantage by virtue of steady sustainability development performance when the business environment changes rapidly. 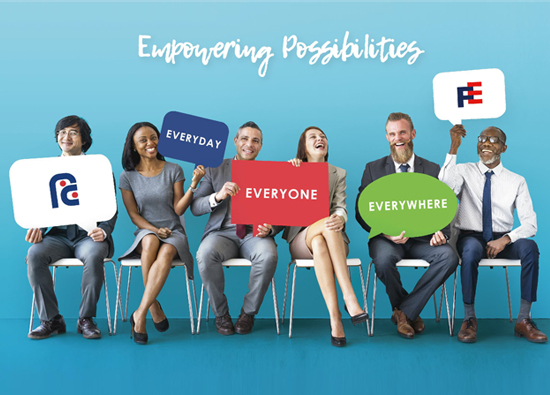 As the leader of the global recycling polyester industry, far eastern New Century Corporation has been deeply engaged in the recycling industry for more than 30 years. With the advantages of continuous integration and cross domain technical cooperation in the polyester industry, far eastern New Century Corporation applies its core competence to the development of various innovative and renewable technologies. In addition to recycling bottles and polyester waste from land and sea, industrial waste gas recycling and reprocessing technology has also been invested, and green technologies for recycling and reprocessing waste from "land", "sea" and "air" have been fully established.

In addition to the capacity expansion plan, far eastern New Century Corporation also continued to increase the application scope of green products. In addition to being used in clothing, shoe materials, beverage bottles and household products, it also transferred the technology to more difficult industrial fiber materials. After more than two years of research and development, it cooperated with German horse tire company to promote recycled economy, In 2021, it published the world's first vehicle tire made of recycled special bottles. In the future, it will also expand the application of recycled special bottles to well-known building block brands to accelerate the goal of environmental sustainability.

Through recycling and reproduction, far eastern New Century Corporation avoids 20 billion bottles from entering the landfill or burning every year, and can circle the earth 115 times; The marine recycling yarn project in cooperation with brands has so far recovered more than 11000 tons of marine waste plastics and converted them into brand-new goods; Polyester pellets made from recycled bottles reduce greenhouse gas emissions by 63% compared with traditional polyester pellets from oil. In 2021, far eastern New Century Corporation contributed 580000 tons of CO2e, equivalent to the carbon absorption of 5.8 hectares of forest, or the carbon emission of 320000 households in a year. 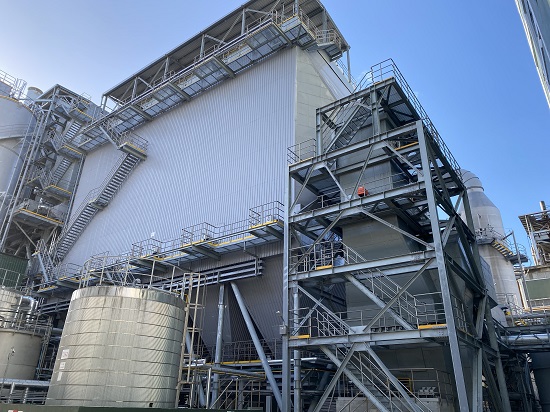 Carbon issue management has become the focus of international attention in 2021. In response to the global carbon reduction vision, far eastern New Century Corporation is coordinated by the energy group, the company's environmental and energy management organization, to formulate the company's short, medium and long-term carbon reduction goals, develop carbon reduction paths with five strategies, promote various carbon reduction actions with a pragmatic attitude, and actively look for new technologies from process, fuel, energy, raw materials Starting from transportation and other links, join hands with upstream and downstream partners in the value chain to create a green and low-carbon operation mode and assume the corporate responsibility of carbon reduction.

1. Improving energy efficiency: the capital expenditure of energy conservation project is the most important part of Far Eastern New Century Corporation's investment in response to climate change for a long time. It is reviewed and approved that the energy conservation budget in 2022 is ntd41 800 million, of which the investment in new cases is expected to be reduced by more than 196000 tons of CO2e.

Far eastern New Century Corporation is not only based on the industry leader of recycled economy, but also cross domain sustainable finance. It leads domestic financial innovation and creates a win-win situation for the government, enterprises and investors. It is expected to continue to attract jade, make more domestic enterprises respond and promote social development. 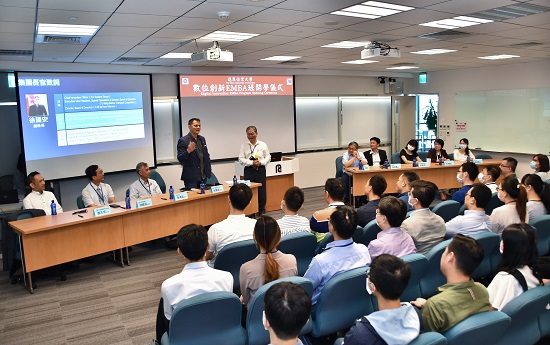 While committed to enterprise development, far eastern New Century Corporation also attaches great importance to the rights and interests of employees and regularly launches employee satisfaction surveys to enhance employees' sense of identity. In addition to providing transparent promotion channels, a gender friendly work system is also constructed to improve the agent and family care leave mechanism, so that employees have the ability and willingness to take into account family and workplace. In 2021, far eastern New Century Corporation won the HR Asia "Asia's best enterprise employer Award", which is a representative award in the field of human resources in the Asia Pacific region. It was incorporated into the evaluation link through the expert preparation evaluation committee and referring to the opinions of internal employees. Far eastern New Century Corporation is a leader in the industry. All indicators are more than 15% higher than those in the industry. Among them, the score of "team awareness and participation" is 28% higher, indicating that the company has always attached importance to employee relations, established smooth communication channels and good working atmosphere, and strengthened employee centripetal force.

In the face of the highly competitive digital era, talent is the key to the company's success. Far Eastern New Century Corporation cooperates with the growth rate of the enterprise, prospectively prepares the talent bench, forms a talent echelon with immediate combat power, provides diversified learning channels and rich learning resources, creates a learning organization and strengthens the functions of colleagues.

In response to the trend of globalization, far eastern New Century Corporation began to implement the "LinkedIn learning e-learning project" from April 2021, with a total of 250 participants in many overseas bases such as Taiwan, the United States and Vietnam; LinkedIn learning platform not only has more than 16000 digital courses designed by international experts and scholars in various fields, but also has multi language interfaces in English, Japan, France, Spain, Germany and so on; Diversified course topics enable students to improve their professional knowledge and soft skills according to their personal business needs without time and space constraints. Since the launch of the special case, the average monthly learning hours of students have reached 4.5 hours, which is twice higher than the average monthly learning hours of LinkedIn global manufacturing users. It shows that under the wave of internationalization and digitization, it has contributed to the establishment of employees' autonomous learning culture and the acceptance of e-learning. Its excellent performance won the rising star award in Taiwan in 2021 by LinkedIn Talent Awards.

For the management, far eastern New Century Corporation has been working with Yuan Ze University since 2020 to handle the "digital innovation EMBA" and "international leadership elite class" of Far Eastern Group Enterprise University. The latter takes the digital course designed by MIT Sloan School of management as the main axis, with the assistance of Professor Yuan Ze University in the corresponding field, Lead 34 middle and senior executives from various institutions to establish the concept of enterprise digital transformation. For example, in the "organizational design for digital transformation" module, recognize how enterprise organizations realize digital transformation in systematic reform; In the "Internet of things: business implications and opportunities" module, through case studies, let students understand the technology and conditions required by Internet of things (IOT) in the enterprise environment, as well as the potential advantages and impact of adopting Internet of things (IOT) at the organizational level. After going through the knowledge fields of "leadership", "strategy", "process", "organization" and "digital transformation", the two-year "international leadership elite class" will be completed in December 2021. In the next step, students will be given important tasks in the enterprise, apply what they have learned in the course to work, and help enterprises face new challenges in a rapidly changing world.

Far eastern New Century Corporation not only takes sustainability as a slogan, but also sets a time schedule and objectives, step-by-step management, and implements the concept into an action plan. Far Eastern New Century Corporation adheres to the highest standards, promotes various sustainability projects, and is ahead of Taiwan's peers in terms of recycled economy, low-carbon production, sustainable finance, corporate governance, talent cultivation and so on, Communicate and share experiences with stakeholders through multiple channels to create a better future with the public.